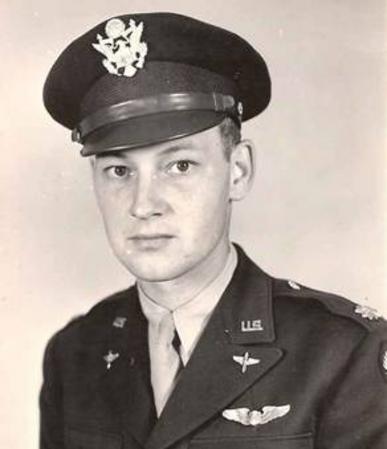 Other Information:        Lloyd began his military career by volunteering to join the Canadian Air Force in early 1941 in an effort to “get to the action” as early as possible.  Having had a love of flying from a very young age, he wanted to become a pilot, but the regulations at the time made it difficult in the USA, so travelled to Canada to enlist at Windsor, Ontario as a Leading Aircraftsman with the Royal Canadian Air Force.  His training began at Regina, Saskatoon, with Ground School, before moving to Goodridge, Ontario to undertake Elementary Flight School, operating with bi-planes. Further training ensued at Branford, Ontario where he qualified and received his wings as a Sergeant Pilot. By this time, the USA had been through the attack at Pearl Harbor and had entered the World War II, so Lloyd was discharged from the Canadian Air Force so that he could return to the USA and enlist with the Army Air Corps.

Lloyd was sent to Montgomery, Alabama to wait assignment and was then sent to Columbus, Mississippi to Graduate as a 2nd lieutenant on 3rd July 1942. Further advanced training ensued before Lloyd was appointed into the role of training students at Camp Douglas, Wisconsin and at Sadalia Missouri before finally moving to Austin and Bergstrom Field.  Though Lloyd was performing his duties, he longed to move from his training role and get into combat, so when he met an old friend Bob Lewis who was setting up the 435th Troop Carrier Group, Lloyd was able to get re-assigned as Operations Officer for the newly formed 76th Squadron located at Bowman Field, Kentucky.

Following his re-assignment, Lloyd went Group AFSAT in Florida and in August 1943 was assigned into the 301stSquadron of the 441st Troop Carrier Group, under the command of Major Ernest Pate, and prepared for transfer to the European Theater of Operations and England, where in April of 1944, Lloyd was promoted to Captain and given command of the 301st Troop Carrier Squadron and told to prepare for the invasion of Europe and D-Day near Nottingham. Later they were transferred to Merryfield, Somerset for final preparations and departure.

On the evening on 5-6th June 1944, Lloyd piloted C-47 43-15644 numbered Z4 on the first wave of the paratrooper drop into Normandy, where together with his crew of Co-Pilot 2nd Lt. O’Brien, Navigator 2nd Lt. Bauernfiend, Crew Chief T/Sgt Mosely and Radio Operator Sgt St. John, they were able to deploy a full stick of 18 troopers of the 2ndBattalion, 501st Parachute Infantry Regiment, this despite having his aircraft severely damaged by a falling bundle from another aircraft.  Even with the severe wing damage, Lloyd and his Co-pilot Tom O’Brien were able to regain control of the aircraft, maintain height, drop the troopers on the correct DZ and limp home to England. Flying the crippled plane home in darkness, Lloyd was able to return to his base in England and landed without any further damage to the plane. Despite the damage, "Round Trip" was repaired and flew many subsequent missions in WW2. For his courage for his courage, professional skill, initiative and determination on the D-Day Normandy mission, Lloyd received the Distinguished Flying Cross. His plane received a new wing! However, the very next day, Lloyd was onboard a new plane as he lead his Squadron to deploy Gliders in support of the Normandy Invasion.

​After the success of D-day, Lloyd was promoted to the rank of Major but continued with the 301st as Commanding Officer as they continued to fly across the channel to France on re-supply missions and evacuating wounded.  Lloyd and his team continued to support General Patton’s 3rd Army brining over valuable quantities of fuel and supplies.

In August 1944, the 301st was back in training preparing for their next combat invasion with the proposed daylight missions to Holland as part of Operation Market-Garden, where on 17th and 18th September, Lloyd left his base at Langer and carried paratroopers into action. Then on 23rd September Lloyd was again in the air bringing additional supporting gliders into battle.  “The conditions in Holland were worse than at Normandy.  Flak was very prevalent and tracer fire was everywhere”, Lloyd remembers.  The success of this mission earned Lloyd another Distinguished Flying Cross.

During the remainder of 1944, Lloyd was continually operating re-supply missions which culminated at the year end where his Squadron was part of the difficult re-supply mission to Bastogne on 23rd December 1944, dropping valuable supplies to those “Battled Bastards of Bastogne”.

1945 brought no respite for the 301st as their re-supply and evacuation missions continued, until early February when preparations began for the Rhine Crossing invasion of Germany itself.  Lloyd was once again in combat delivering paratroopers on their final jump in the European Theater of Operation.

In May 1945, Lloyd was granted leave to return to the USA to visit his family and while there, the final German resistance ended and on May 8th 1945 VE Day arrived.  Separated from his unit, Lloyd was distraught when he was refused permission to return to his command in Europe and found himself stranded at Marfa Texas, away from his friends, as Operation and Training Officer. In July 1945 he was promoted to the rank of Lt, Colonel but despite speaking to General Chappel about returning to his unit, Lloyd was told that the rules in force at the time would not allows him to travel back to Europe and that he had to await orders for disbandment from the military.  In January 1946, Lloyd finally went to the Shreveport Separation Centre to receive his discharge and his transfer to the USAF reserve on 10th January 1946.

Following the end of the war, Lloyd continued to serve his country in the Air Force Reserve until 1979, when on 17thMarch he finally retired as a full Colonel with 30 years service. 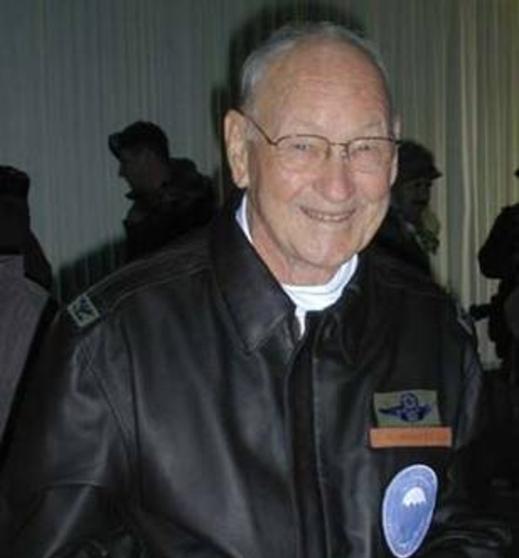 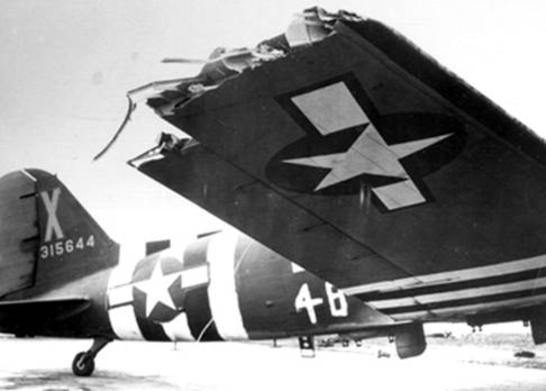