Other Information:        Albert was born in Shanghai, China on January 30th 1920 to Albert Anson Dorrance and his wife, Rafaela . Albert senior at that time lived in Palmer House, Shanghai where he worked for the Standard Oil Company of New York.  Albert junior came to the USA aged 1years 6months onboard The Ecuador, which arrived in San Francisco from China on March 24th 1921 and attended the University of Michigan. He enlisted in the Air Corps on February 23rd 1942 at Los Angeles, California and joined the 441st Troop Carrier Group’s 99th Squadron on October 19th 1943 from the 89th Troop Carrier Group at Bergstrom Field, Texas. He was later transferred from the 99th to the 301st Troop Carrier Squadron on October 27th 1943 and trained with the 301st TCS at Camp Mackall and Fort Benning before being deployed to Europe where he continued his training and preparations with the 301st. On June 5th 1944, as a 2nd Lt, he flew as co-pilot from Merryfield, England in C-47 42-101025 as Chalk 54. At approximately 0120hrs on June 6th the airplane was hit by ground fire and crashed, killing all onboard. He was listed in the accident report as killed. He is buried in the American Cemetery at Colleville-Sur-Mer, Normandy France in Plot F, Row 15, Grave 6. 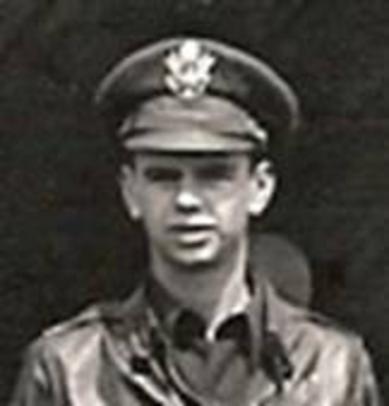