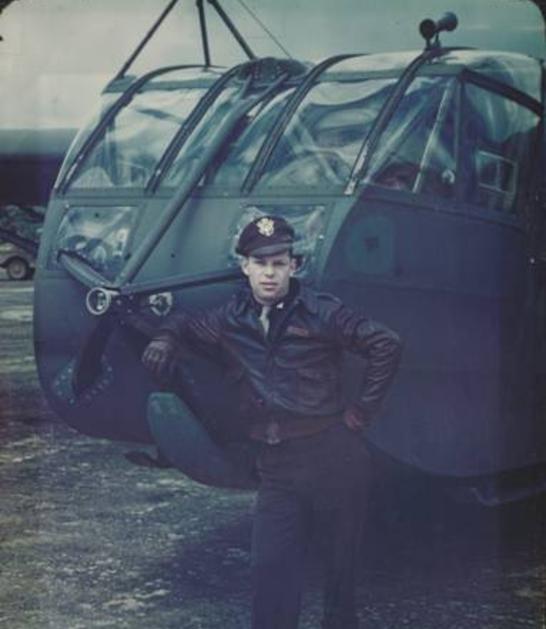 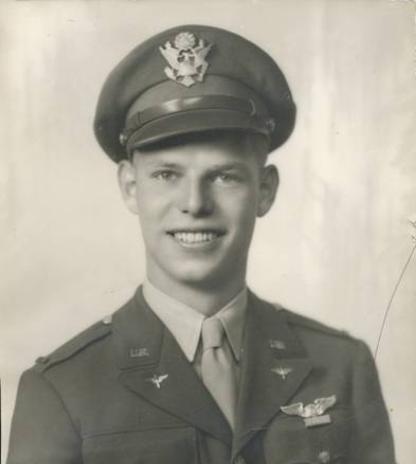 ​ Melvin took part in most of the major glider operations of WWII including the invasion of Normandy, Southern France, The Netherlands and The Rhine crossing, where he was wounded when coming in to land. He survived all these difficult missions and is always willing to tell his story to future generations or how this unique combat transport made a great impact in WWII.

Other Information:        Melvin grew up in Brooklyn, N.Y. and when he was 16, he volunteered for the Citizen’s Military Training Corps and was trained in field artillery. When World War II broke out and America began the draft, he was certain he would be drafted, and his experience with the training corps would almost guarantee that he would be sent into military artillery, and he didn’t want that. So instead of leaving things to fate, he enlisted himself into the U.S. Army Air Corps in hopes of becoming a pilot. Unfortunately, everyone who joined the Air Corps also wanted to be a pilot, and the Flying Cadet waiting list was long.  After basic training at Fort Dix, Mel traveled to Fort Benning, Georgia to continue his training, but when he presented his orders, Mel was asked what his civilian job was and when he told the sergeant that he had experience in driving trucks, Mel was sent to the motor pool. After driving for a while, Mel transferred to the 82nd Materiel Squadron where he made repairs to aircraft. Later as his unit was preparing to ship overseas, Mel was told that he would be required to stay behind and train new recruits when, but during this time, a telegram was circulating looking for volunteers willing to become glider pilots; so Melvin signed up. Mel was soon on his way to begin his training at the Kansas State Teachers College in Pittsburgh, Kansas where he learned to fly L2, L3 and L4 aircraft. From Kansas, Mel continued his training at Lubbock, Texas and then Victorville California where he graduated in class 43-4 in April 1943 and was promoted to the rank of Flight officer.

Mel was soon on his way again, this time to Baer Field, Kentucky for combat training and then onto Alliance Field, Nebraska where he joined the 82nd Troop Carrier Squadron of the 436th Troop Carrier Group. The 436th was soon on the move again, this time to Laurinburg-Maxton, North Carolina for transition training before departing on the Queen Mary in December 1943 headed for England and deployment to the European Theater of War.

On arrival in the United Kingdom, Mel’s unit was based at Membury where they continued to train for the upcoming invasion of Fortress Europe. Here Mel received training with the English Horsa Glider as well as the US Waco CG-4A, but it was a Horsa carrying thirty three men that he would fly into Normandy on June 7th 1944.

Being a glider pilot was a dangerous and often thankless job and there were 162 injuries and 17 deaths during training from May 1943 to February 1944. In the beginning, glider riders were not issued jump boots or wings and did not receive hazard pay. A poster that circulated during that time read: “Join the Glider Troops! No Jump Pay. No Flight Pay. But Never a Dull Moment!” Glider regiments proved their mettle by constantly landing behind enemy lines, and they were granted hazard-duty pay and glider pilot wings in July 1944.