Other Information:        As a 21 year old, Jed joined the 501st as a medic replacing Donald Minikus, who was killed in action in The Netherlands.  Like the rest of the 101st Airborne, Jed had to suffer the cold, miserable truck convoy journey across France to Bastogne with drizzle and sleet falling all around. Jed had joined his unit six days before.  The advice from the veteran soldiers was to keep you head down and remain as low as possible at all times, but that is all very well until you hear the call for “Medic”.  Jed spent a great deal of his time traveling the Bastogne perimeter, including many adventures with Father Sampson.  This was the first of many brushes with death, but Jed survived The Bulge and he survived skirmishes in Alsace (including Operation Oscar) and the journey through Bavaria and Austria. In combat, Jed carrier a Thompson sub-machine gun for personal protection, even though this was in breach of the Geneva Convention. He had seen too many medics get killed.

Jed received the Bronze Star Medal when in combat he learned of a wounded comrade who lay in an exposed position wounded. Realizing that there was a chance that the comrade may survive, Jed and the Chaplain advanced 75 yards under sniper and tank fire, which necessitated crawling. Although one bullet went through his jacket and another kicked dust into his eyes, Jed continued to advance. He and the Chaplain succeeded in bringing the comrade to safety from where he was evacuated.

Later he received a second award when his unit was holding an outpost line of resistance when the enemy placed an intense mortar concentration into their position, inflicting heavy casualties. Realizing the danger, Jed immediately moved into the line of fire to administer first aid to the wounded men. After treating each man under fire, Jed personally directed their evacuation until all had been cared for.

After the war was over, Jed’s courageous conduct was further recognized by the issuance of a second Oak Leaf Cluster to the Bronze Star in recognition of his “meritorious achievement in ground combat against the armed enemy during World War II in the European, African, Middle East Theater of Operations.” . 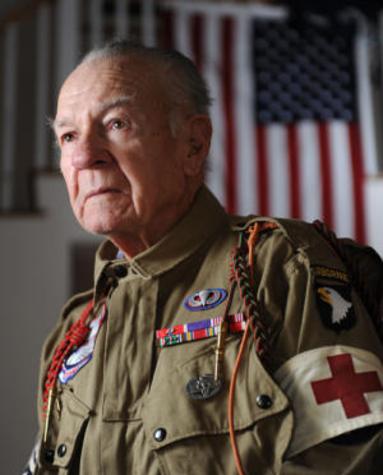 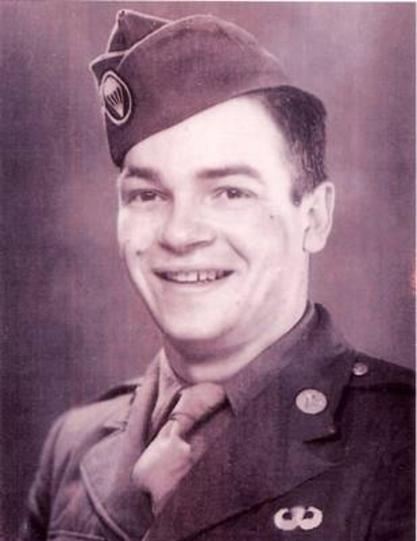