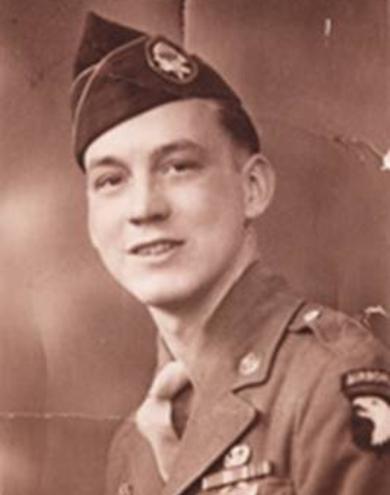 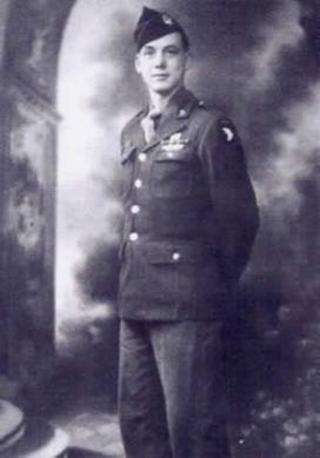 Don fought in four major ETO campaigns of WWII, Normandy, The Netherlands, The Bulge, and Germany ending in Austria. He was wounded three separate times.  For him, World War Two ended after the 101st Airborne Division had occupied Hitler’s home in Berchtesgaden, Germany. He was finally honourably discharged on December 31, 1945 in Camp Atterbury, Indiana, at age 20. From there he returned home January 01, 1946 to Detroit, Michigan.

Other Information:        Don joined the army paratroops on his 18th birthday, April 5th, 1943 in Detroit, Michigan. Through an error in military records he was sent to Fort Riley, Kansas and took basic training in the last active horse cavalry unit in the US, Troop E, 2nd Regiment, 1st Horse Cavalry. On completing basic training he affected a transfer to the Army Paratroops in Fort Benning, Georgia where he completed his paratrooper training. He then joined the 101st Airborne Division in Aldbourne, England the last week of February 1944 and was assigned to A (Able) Company, 506 Parachute Infantry Regiment.