It is with a heavy heart and great sadness to announce the passing of 101st Airborne Paratrooper and Founding Member of The Greatest Generations Foundation Mr. George E. Koskimaki. George was 93.

George E. Koskimaki is a former paratrooper who jumped into Normandy on June 6, 1944, as General Maxwell Taylor’s radioman. He went on to become a preeminent historian of the 101st Airborne Division, having interviewed hundreds of fellow veterans for their firsthand accounts.

Born in 1922 in Ishpeming, Michigan of Finnish immigrant parents and grew up in the nearby community of L'Anse. While a student at Northern Michigan University in Marquette, he enlisted in the United States Army. He was assigned to the Signal Company of the 101st Airborne Division and became a radio operator.

Part of his wartime experience as combat radioman for the division commander, Major General Maxwell D. Taylor, helped make this book possible. After World War Two he returned to college where he played fullback for the NMU Wildcats for two more seasons and earned his B.S. degree in biology and physical education. He also holds a masters’ degree in education from Wayne State University.

For thirty years he taught biology and coached varsity basketball teams at Roseville High School. After retiring from teaching, he served two years as Executive Secretary of the 101st Airborne Division Association. The third printing of his book, D-DAY WITH THE SCREAMING EAGLES, the story of the airborne assault of Normandy and the second printing of HELL'S HIGHWAY, the story of the 101st in southern Holland are also available from the 101st Airborne Division Association.

Koskimaki was also honored as the Outstanding Alumnus of Northern Michigan University in 1980. He continues to write a regular column in the 101st Airborne Division Association magazine. He is busy putting brothers, sisters, nephews and nieces in touch with men who were close friends of loved ones in wartime.

George participated in several programs to Europe with The Greatest Generations Foundation in 2004, 2006 and 2007. You can see more on George in our 2005 film

On behalf of The Greatest Generations Foundation and its members, we salute you George for your dedication and service to our nation. We will never forget you. 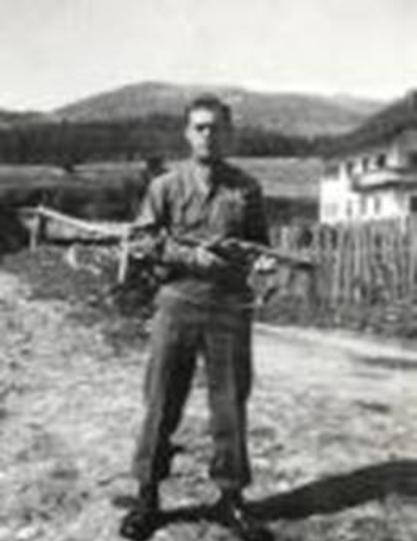 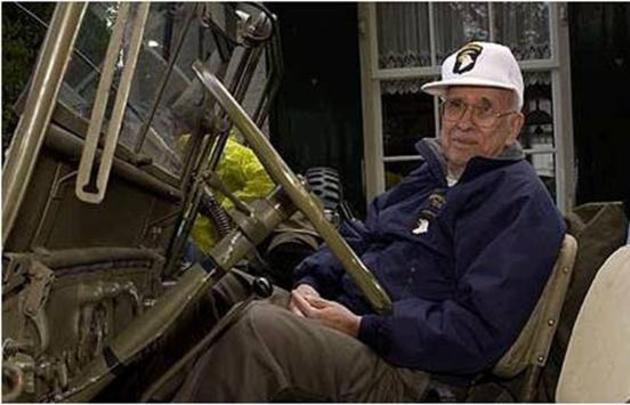